Declared a World Heritage Site by Unesco in 1999, Sterkfontein Caves is a limestone caves of special interest to paleo-anthropologists located in Gauteng province, just an hour's drive from Johannesburg, world famous for their fossil finds and a very well known visitor destination. 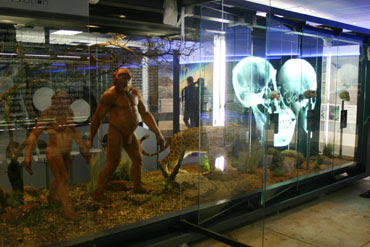 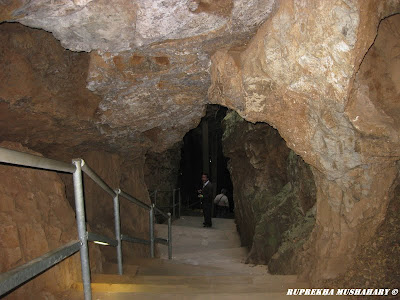 The Sterkfontein Caves are owned by the University of Witwatersrand whose scientists have been responsible for the main excavation of this site. They are credited with many of the famous discoveries including the world famous "Mrs. Ples" and "Little Foot" an almost complete skeleton dating back more than 3 million years. 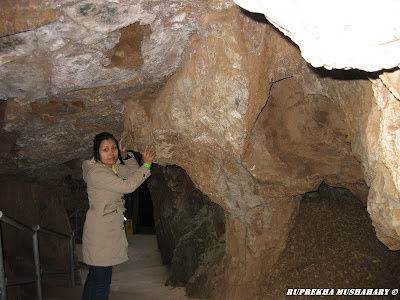 :-) Can I lift the cave ?
But before taking a trip into the caves, make sure you are wearing the right kind of shoes which are comfortable as well as sturdy. 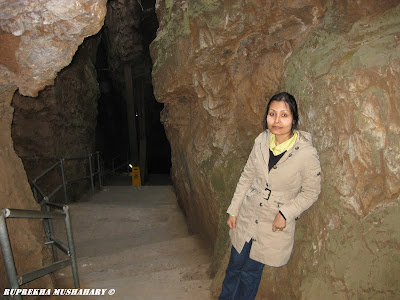 Whew ... tired...
Remember to leave handbags and other luggage behind. There are quite a few tight spots pathways to negotiate in the caves, hence, it is not advisable to go on the tour of the caves if you are claustrophobic,    suffer from acute asthma, chest problem, rheumatism or have a weak knee.

A view down towards the lake in the caves, one diver has died here.

Behind the gate is the on going excavations of "Little Foot". Modern excavation of the caves began in the year 1890s by limestone miners who noticed the fossils and brought them to the attention of scientists. 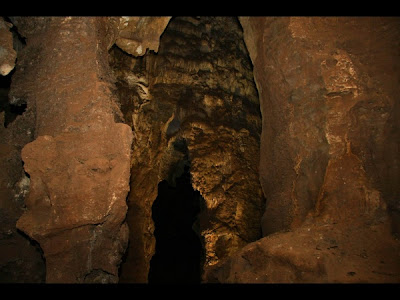 After a wonderful guided tour of the caves, it is most refreshing and relaxing to sit in the Sterkfontein Restaurant, sipping a cup of coffee and enjoying the panoramic views.  But of course the trip is incomplete without a visit to the gift shop to pick up souvenirs.
Posted by Ruprekha at 06:43